Is Thanksgiving a Jewish Holiday?

One day in late November a few years ago I ran into a congregant in the hallway of my Temple. She wished me a Happy Thanksgiving. Then she said: “Oh wait a minute. I didn’t mean to offend you. Do you celebrate Thanksgiving?” I said: “Of course! Jews celebrate Thanksgiving.” She laughed, a little embarrassed, and then I wished her a Happy Thanksgiving too.
There are many ritual, historical and theological connections between Judaism and Thanksgiving. Most of the Pilgrims who celebrated the first Thanksgiving were Puritans, a branch of the Protestant faith. The Puritans strongly identified with the historical traditions and customs of the Israelites in the Bible.
In their quest for religious freedom, the Puritans viewed their journey to America as exactly analogous to the exodus of the Israelites from Egypt. England was Egypt, the king was Pharoah, the Atlantic Ocean their Red Sea and the Puritans were the Israelites, entering into a new covenant with God in a new Promised Land. In fact, most of the Puritans had Hebrew names and there was even a proposal to make Hebrew the language of the colonies! 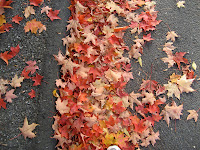 Some scholars believe that the Pilgrims modeled Thanksgiving after the Jewish holiday of Sukkot, in that they are both harvest festivals that take place in the fall. The word “Sukkot” means booths. In the time of the ancient temple, the Israelites dwelt in booths during the fall harvest season, to have a place to live as they worked the land day and night. The booths also took on another theological meaning, reminding Jews of the small huts in which the ancient Israelites lived for forty years after escaping slavery and religious persecution in Egypt. Today, Jews celebrate Sukkot by dwelling in a Sukkah for 8 days.
While there are historical and ritual links between Thanksgiving and Judaism, perhaps the most important connection is the theme of religious freedom. The Puritans came to America so that they could worship without fear of persecution. Millions of Eastern-European Jews came to our country in the late 19th and early 20th century. These Jewish immigrants called America “The Golden Land.” They saw the United States as a place of opportunity, where anyone can succeed with hard work and determination. America is also a golden land for Jews because it allows us to practice our faith.  On Thanksgiving, we are all Pilgrims, joining together to celebrate the bounty of the land and to give thanks for our religious freedom.
Posted by Rabbi Eric Eisenkramer at 4:47 PM

Very interesting! Thank you for sharing!

Happy Thanksgiving to you and yours, and to your whole congregation.

Throughout the scriptures, the requirement to give thanks to the Lord is reinforced. Isaiah may have driven it home in the most eloquent way when he recorded that Israel must remember who is the savior of Israel, and that memory and loving thanks are the only appropriate responce.

Thanks for your thoughts.

A little late in finding this post and responding, but I deeply appreciate the connection you illustrate between the Puritans and early Israelites. As a Methodist volunteer youth leader and teacher, I try to instill in our teenagers the truth that our Christian scriptural heritage and our faith itself is rooted in and forever linked to the ancient Jewish context. Thanks for a thoughtful--and thought-provoking--post.

I have been visiting various blogs for my dissertation research. I have found your blog to be quite useful. Keep updating your blog with valuable information... Regards

Hey, Really great work,I would like to join your blog anyway so please continue sharing with us, 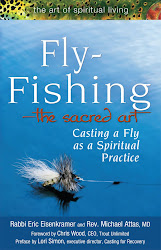